Increased stability and profitability based on a long-term, innovative and efficient approach

You are here: Start / This is Sectra / Ten-year summary 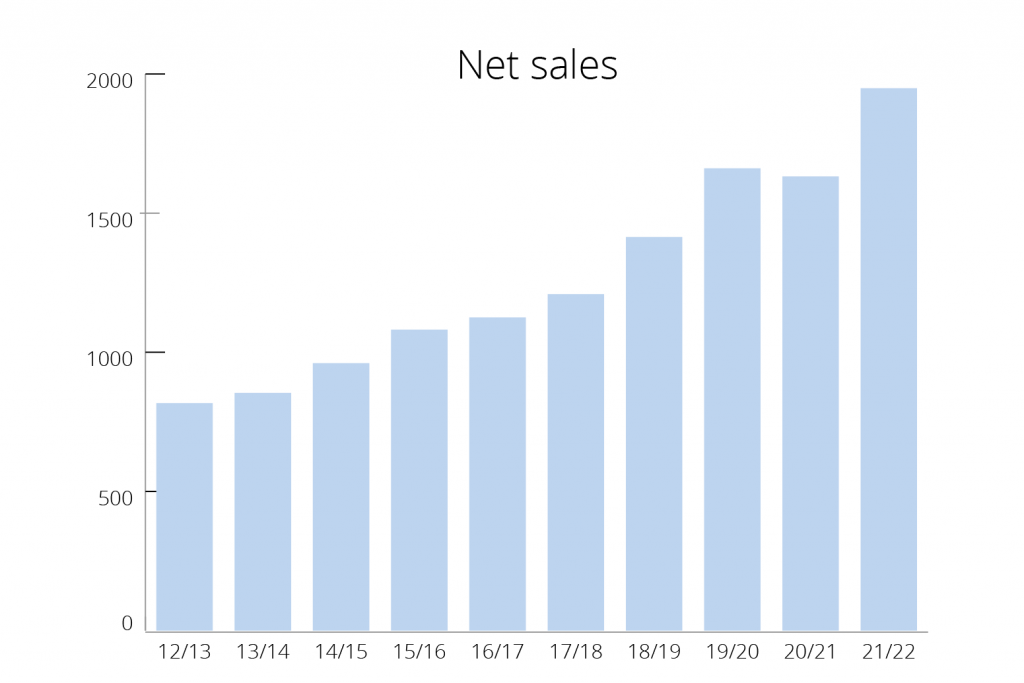 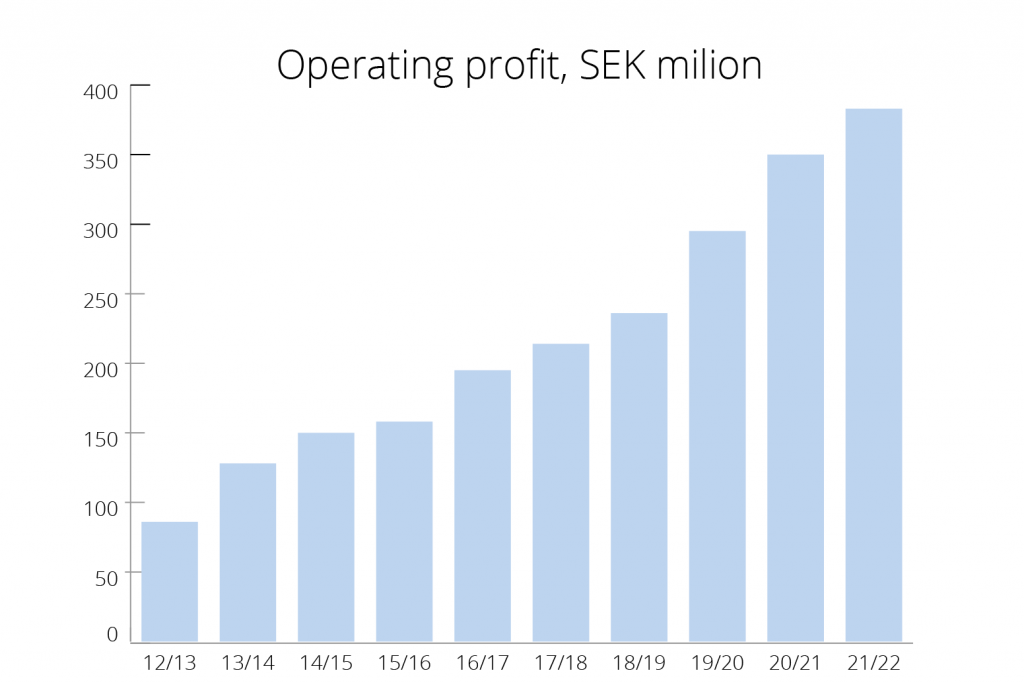 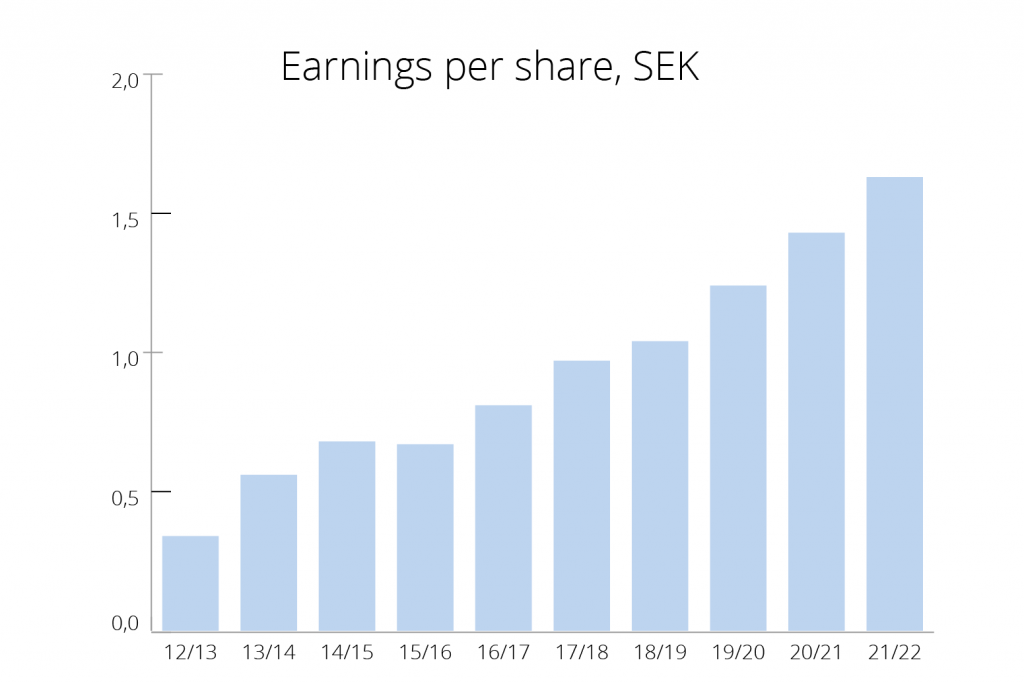 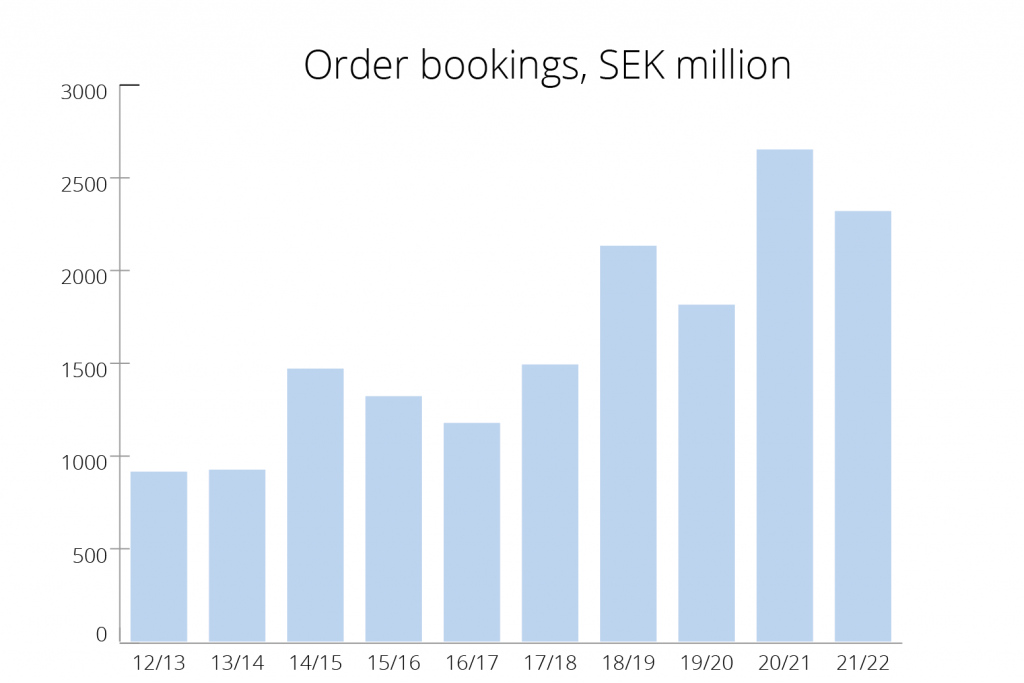 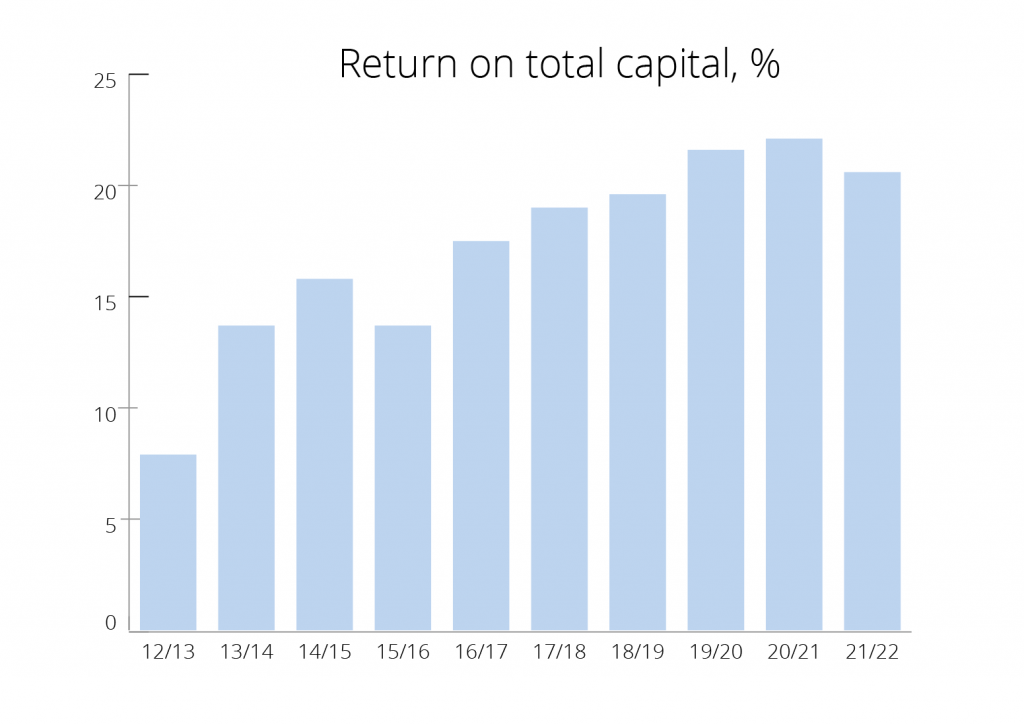 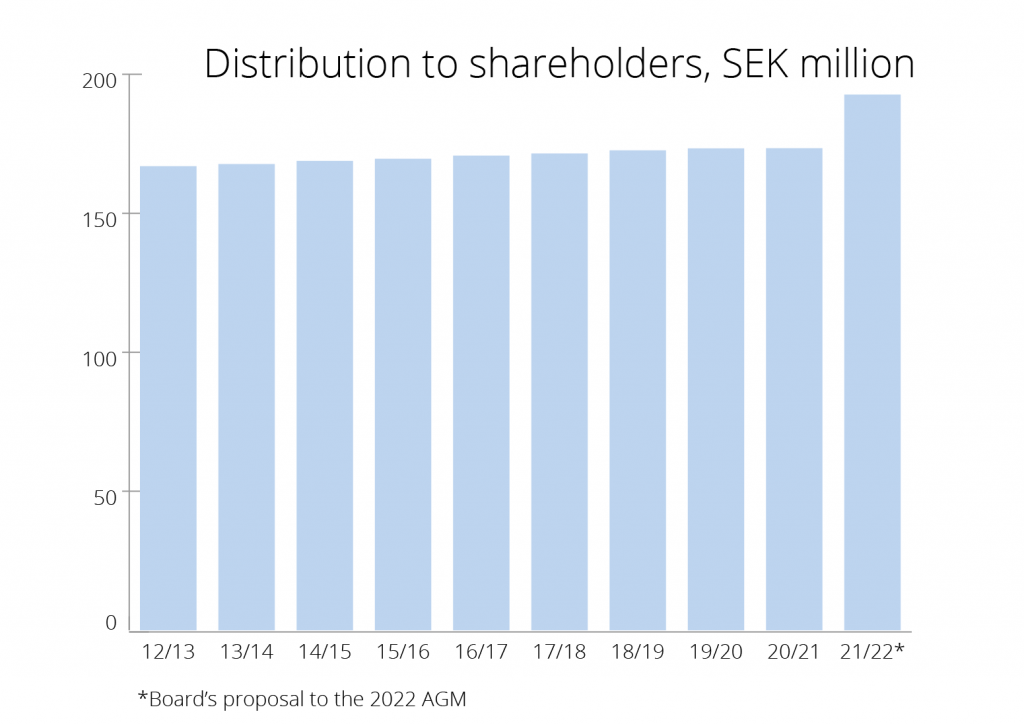 A year characterized by war in Europe and a lingering pandemic. Nevertheless, Sectra is growing with satisfied customers. Extensive customer projects are contributing to record-high sales. Recurring revenue is increasing, operating profit is the strongest to date and the Group’s financial goals have been exceeded. Cash flow was strong, mainly due to an increase in advances from customers.

Although the COVID-19 pandemic and major currency fluctuations have temporarily dampened sales in some markets, demand for Sectra’s offering is growing. With the most satisfied customers in the market for many years, Sectra is winning new, extensive customer contracts. This fiscal year was the strongest to date in terms of earnings, and the Group’s three financial goals were exceeded. The operating margin was well over the target of 15%, mainly due to the effect of temporarily lower costs for travel and trade fair events as a result of pandemic restrictions.

Long-term efforts in creating value for customers, patients and society at large resulted in the best earnings year in Sectra’s history. All operating areas are growing. Geographically, operations in the US represented the single largest growth in sales, thus overtaking Sweden as our largest market.

New multiyear customer contracts contributed to record-high order bookings, laying the foundation for stable growth over the long term. Successful medical IT system sales in the US and Australia as well as Sectra’s new growth markets of Canada and France. Increasing synergies between medical IT and cybersecurity had a positive effect on the Group’s performance.
The consolidated financial statements and segment reporting were retroactively restated. Read more about the effects in the 2018/2019 Annual report, page 76. The changes do not impact the current year’s or future cash flows.

The trend in order bookings improved and the fiscal year ended with a healthy order book and positive trends with respect to net sales and operating profit. All financial goals were exceeded. Geographically, Sectra displayed sales growth in essentially all markets, with the largest increases reported in the Netherlands, Sweden and the US. Secure Communications grew rapidly and once again reported profitability. All shares in the associated company Commit; Oy were divested, which had a nonrecurring positive effect on net financial items. The Board of Directors proposed that SEK 171.5 million be transferred to the shareholders.

Sales growth in a number of markets. The outcome in the UK was adversely impacted by currency effects in GBP following the Brexit vote. The future focus on new geographic markets, such as France, and new product areas, such as digital pathology and critical infrastructure, had a negative effect on the earnings trend, but offer major growth potential. All financial goals were exceeded, with positive trends with respect to net sales, operating profit and cash flow. Sectra establised a new subsidiary in Canada for direct sales. The company transferred SEK 170.7 million to the shareholders.

Sales growth, primarily in Norway, the UK and the US. Order bookings were well above net sales. Two companies were acquired and the market for Sectra’s secure communication systems was expanded through the launch of IT security services for the energy sector. Two new subsidiaries for direct sales was established, one in France (medical systems) and one in Finland (secure communications). Increased cash flow and all financial goals were achieved. The company transferred SEK 169.6 million to the shareholders.

Many large, long-term customer contracts were signed and record-breaking order bookings were achieved. Strong growth in Norway, the UK and the US. Cash flow impacted by the large number of customer projects in the installation phase. Launch of IT system for digital pathology and acquisition of partner company in Denmark. All financial goals were achieved and Sectra transferred SEK 168.8 million to the shareholders.

Due to the structural changes, internal efficiency enhancements, business and product development implemented in recent years, the Group achieved its operating margin target of 15%. Strong growth in the Netherlands and the UK, and increased investments in product development. The company transferred SEK 167.7 million to the shareholders.

Efforts to strengthen the company’s position in markets where Sectra holds an established position continued, including the UK, where the medical IT services company Burnbank was acquired. Order bookings rose 30% due to successful sales in such countries as the Netherlands, the UK and Sweden. Strong financial position and solid cash flow. The company transferred SEK 166.9 million to the shareholders.

Sectra has grown both organically and through acquisitions. The company’s first acquisition was carried out in 1995. Over the years, Sectra also divested various smaller operations. Most recently in 2011, Sectra divested the operation for development and sales of the low-dose mammography product MicroDose Mammography, an innovation that halved the radiation doses delivered during mammography examinations.

Why invest in Sectra

A very strong corporate culture based on the employees’ expertise and attitudes and their drive to solve customer problems is one of the reasons you should consider investing in Sectra. Explore six more good reasons.

Stay up-to-date with our news and financial reports
Subscribe